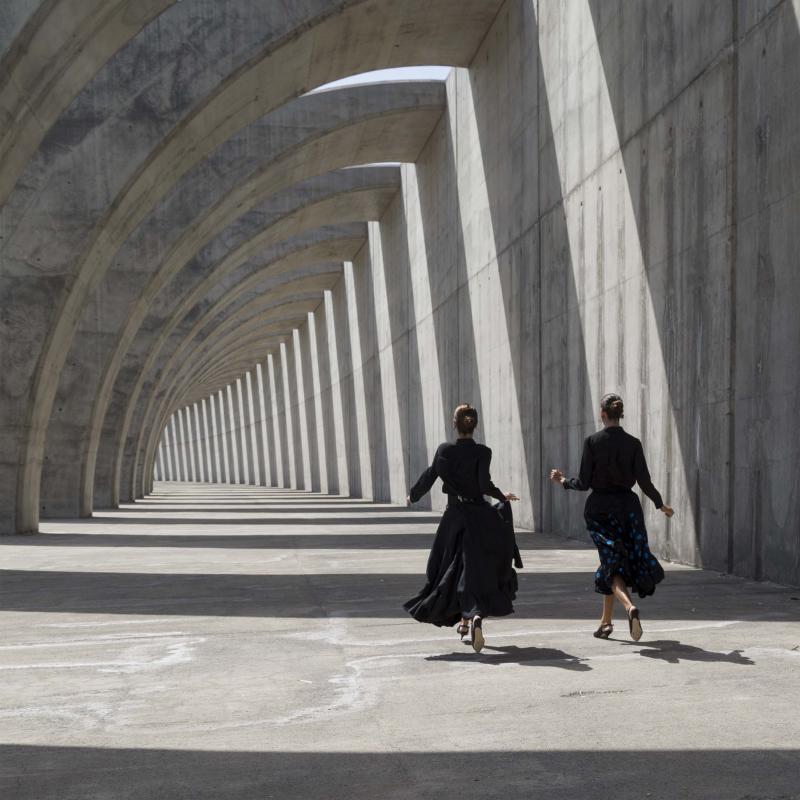 Spain is a country that is highly appreciated for its cultural legacy, however, its history is full of dark episodes. “Spaniards” (2020) brings us closer to that traditional Spain tinged with pain, a pain that is still present in the collective memory of many Spaniards, a universal story of sadness with which, unfortunately, many other peoples will feel identified.
Historically, repression, persecution and control over women’s sexuality have been so strong that it has conditioned the role that women should play in society and that is precisely what “Spaniards” is about. Against a grey background and under a radiant sun, two women dance, play, express themselves freely or dress for the occasion, in an exercise of freedom of expression that develops through their bodies. However, many times their bodies are crossed by moral, religious, economic, political and class considerations. Thus, dancing, singing, playing and dressing for such occasions are existential, political and emotional manifestations of the people who carry out such activities.
These photographs are full of symbolism, the first that catches our attention is the inverted black triangle. This insignia was used in concentration camps to mark the different categories of prisoners. The black triangle was reserved for all who were considered antisocial such as disabled, homeless, gipsies, some anarchists, and some women who were considered to be a threat to the values ​​of the Nazi family, such as lesbians and prostitutes. We also see a nod to the sad story of “Las Trece Rosas“, thirteen young women, between 18 and 29 years old, shot during Franco’s repression, four months after the end of the Spanish civil war.