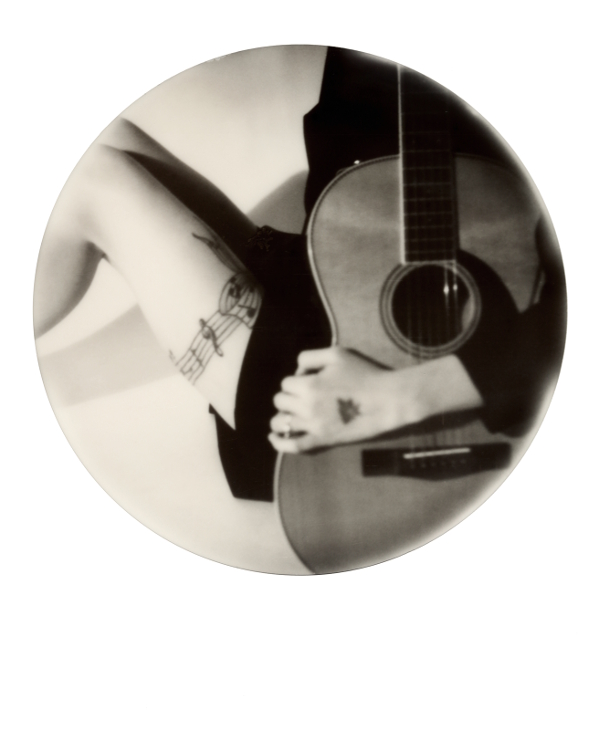 “Born in 1992, I live and work in Paris.
I starded learning photography maybe since the first time I have been shot as a model, keeping my eyes wide open on the way the photographers whom shoot me work, that’s also how I discovered Polaroid. Those weird and old cameras fascinated me, the first time I saw an sx70 it was kind a crush. Three months later, I bought my first instant camera, the infamous model 3. and since then I keep on shooting analog.”
Mina Murray

Mina took some portraits of her friend, the singer France de Griessen, instant portraits of course!
France de Griessen is a singer-songwriter and pluridisciplinary artist. She has released two solo albums in collaboration with François “Shanka” Maigret (The Dukes, No One Is Innocent), “Electric Ballerina” (2011) and “Saint Sebastien” (2014) and has acted in numerous plays & performances, and modeled for various fashion designers and photographers in France, where she currently lives.
Her songs are featured on the soundrack of Bruce LaBruce’s « L.A Zombie » starring François Sagat and Virginie Despentes’s « Bye-Bye Blondie » starring Béatrice Dalle and Emmanuelle Béart.
In parallel to her musical and theatrical activities, she draws and paints watercolours depicting a cruel and wondrous world. Her pieces are regularly exhibited in the independent and institutional circuit.
Her third solo album, produced by Jamie Candiloro (Rem, Courtney Love, Ryan Adams…) will be released in 2017.