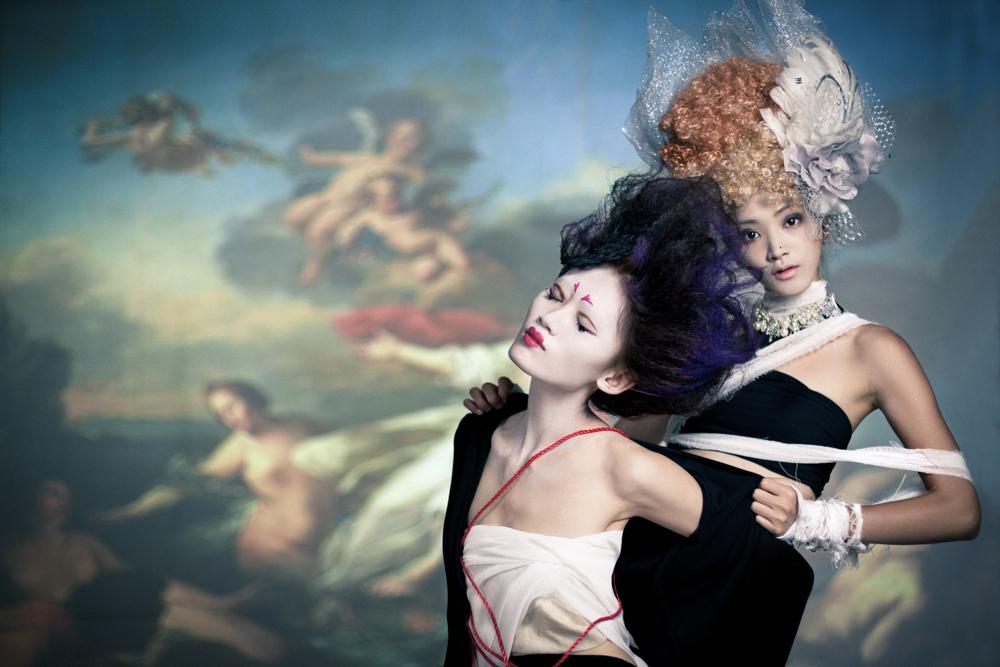 A Chinoiserie is an art whose aesthetics proceeds from orientalist inspiration and influence. It evokes the lure of a dreamed Far East from a European standpoint. Imagery and symbols are constructed based on figurative representation of Asia.
The appeal of Chinoiserie appeared in Europe since Antiquity with the high interest in textile such as silk fabrics, before opening from the fourteen-century to the eighteen-century.
Credits:
Photography : Stephane Ferrero
www.stephane-ferrero
Models : Tiana HUANG / Tavi CHEN
Make-up artist / Hair stylist : Milanda CHANG / Sabrina PENG
Stylist : Sanza BULAYA / Isis CHAUNG