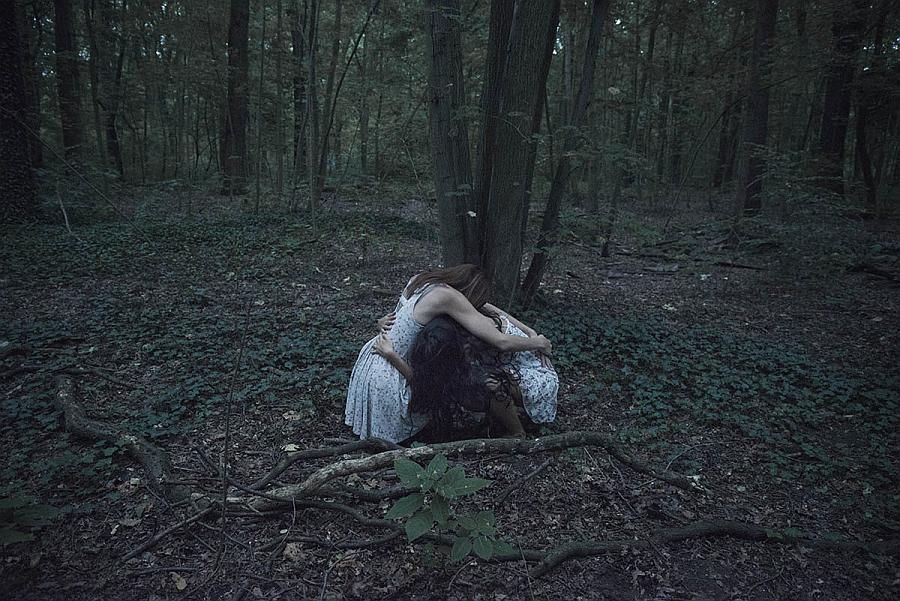 The forest is one of the most powerful artistic and philosophical figures of all time. A place full of mysticism and legends that became the symbol of Romanticism and a strong figure to develope philosophical methodologies. But what makes the forest such a magnetic and inspiring place? Even though we “come from the forest” we couldn´t say that nowadays wild nature is the common habitat of men in the occident. Going back to the forest, immersing yourself in its tranquility is a very primitive act. Being conscious of your own body and blending with the landscape. The quietness sharpens your senses, numbed by the overwhelming inputs of the city. The forest is a place of light and shadows, paths between trees may lead to forest glades or deeper into seclusion. A subtle form of listening descends together with the inherent half-light supplies the forest its mysterious halo. When stillness arrives you can listen to leaves rustling
under your steps, to far off songs of birds, to the wind moving the branches, the same way you listen to your breath or even the rising beat of your heart. Being alone in the forest is being more aware of your singularity and finding the connections to rejoin your role as an indiscernible part of nature: Waldeinsamkeit.

“Waldeinsamkeit suggests a contemplative atmosphere, calm in a natural surrounding. A contact point between the immaterial and the worldly earth. Is a very specific sensation, the sensation of being one with the forest, in a spiritual and physical way. The boundaries between material and immaterial disappear. Waldeinsamkeit is to be connected to nature, be part of it in all senses.”

Irene Cruz on Waldeinsamkeit
Irene Cruz´s fascination with forest, specially northern forests and its lights is the cornerstone of her work. For the Kleiner Salon she has developed a video art installation inspired by the german concept of Waldeinsamkeit. Sound artist and musician Alan Gleeson works show influences ranging from Musique Concrète, acoustic ecology, psychoacoustics and field recording, he questions the sound environment we currently inhabit and reflects on the sonic worlds found in nature and industry. Following Irene Cruz´s video pieces and taking inspiration from the same natural environments and aesthetic he has developed a sound piece that, giving a personal interpretation of the concept of Waldeinsamkeit.
Irene Cruz (Madrid, 1987) www.irenecruz.com
Irene Cruz studied Advertisement & Public Relations and also Audiovisual Comunication at the Universidad Complutense de Madrid. After she did the International Masters at EFTI specializing in
Conceptual Photography and Artistic Creation. Light is indeed a very important part of her work which makes her explore and experiment in the countries of Northern Europe. She has won
several prizes, including an áccesit in Fototalentos (organized by the Banco Santander Foundation), the Second Prize in AENA Foundation Photography Contest and the First Prize in
Iberdrola Photography Contest in 2014. One of her video pieces was awarded with “Best video of the year in the video art plattform elmur.net. She has participated in more than 200 exhibitions, art fairs and festivals all over the world (between them ARCO, Art Madrid, Círculo de Bellas Artes en Madrid, museo Da2 de Salamanca, Project Art Space de Nueva York, KunstHalle Berlin or TEA in Teneriffa). This year her work will be exhibited in the most prestigious Photohraphy festival of Spain, Photoespaña. International collections also count on her artwork.

Alan Gleeson (Dublin, 1975)  gleesonalan.wordpress.com
Alan Gleeson has been experimenting with all types of electronic sound for over 15 years. In 2010 he completed a Masters Degree in Music Technology at the University of Limerick, Ireland. His thesis and continued research is based on “A practice-based solution for meaningful and expressive laptop performance”. Since moving to Berlin Alan has been involved in many performances, both solo and accompanied. He has also been involved in creating sound installations (CTM 2011, Rainforest), MNM by Humatic (ZKM 2014).