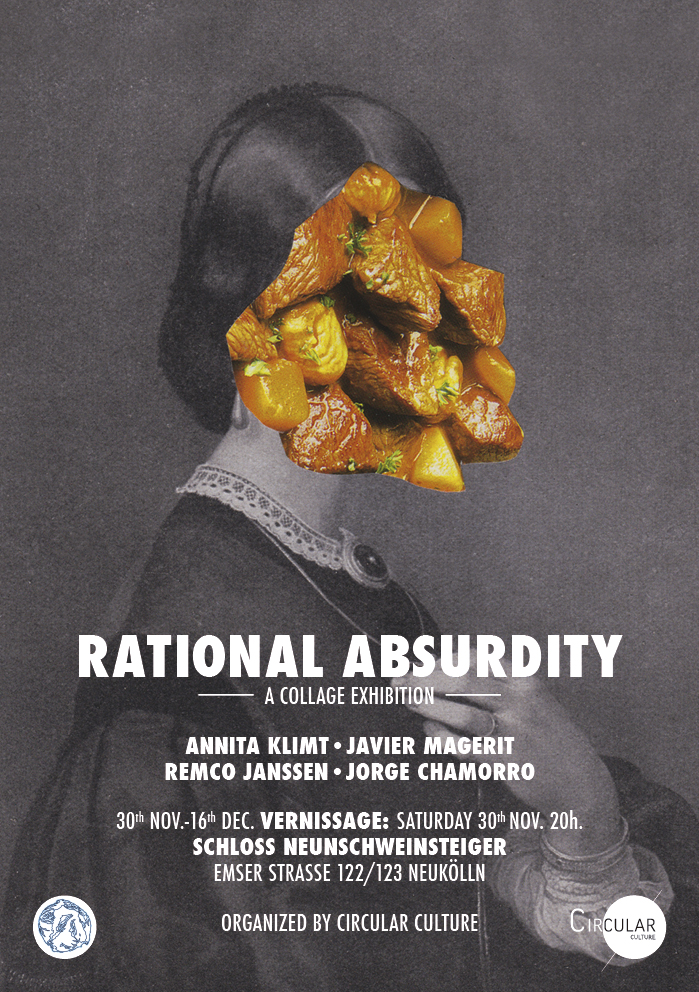 (CS) Berlino, 28/11/2013 – Rational Absurdity is an unexpected gathering of collages in an unexpected space. The pieces show different approaches to the art of collage and a common taste for a handmade style that involves scissors and glue and a rejection of digital processing. The concept of this exhibition was built as well using the aesthetics of collage; growing from an initial more simplistic idea and adding more apparently random elements that turned out to work out together perfectly. We also wanted to give a ‘wink’ to some philosophers that theorized about the idea of collage emphasizing the aspect of this art medium as a rational search to find absurdity or an absurd way to express a rational thought.