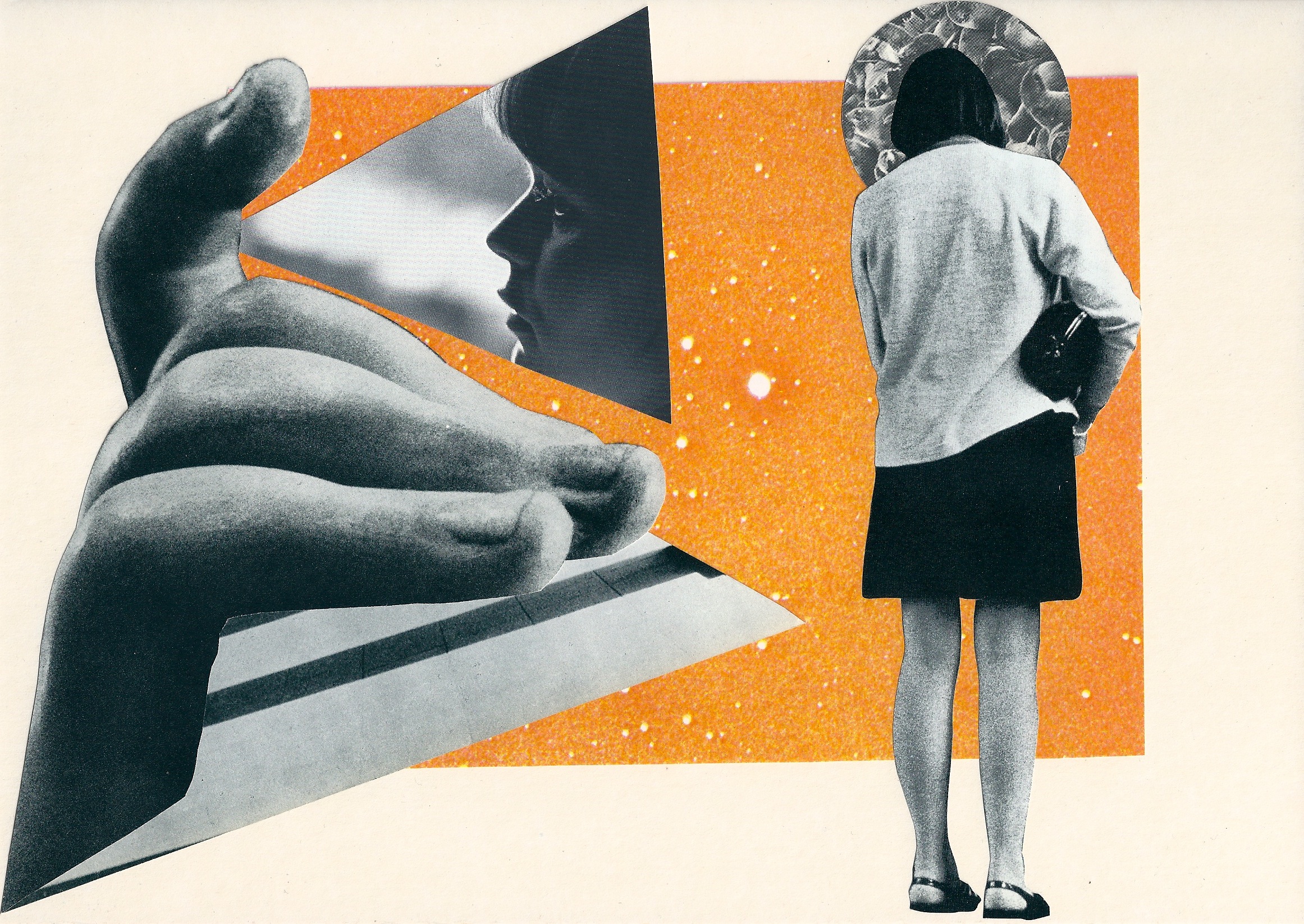 (CS) Berlino, 27 novembre 2013 – An alchemist’s composition of two or several heterogeneous elements resulting in their unexpected union due to a will tending -by love or clairvoyance- toward the systematic confusion and derangement (Rimbaud) of all the senses either by chance, or a will favouring chance.
Max Ernst

Expressive medium for the contemporaneity of extreme heterogeneities
César Moreno

Absurdity is the notion of contrast between two things. The absurd is born out of this confrontation between the human need and the unreasonable silence of the world.
Albert Camus

Rational Absurdity is an unexpected gathering of collages in an unexpected space. The pieces show different approaches to the art of collage and a common taste for a handmade style that involves scissors and glue and a rejection of digital processing. The concept of this exhibition was built as well using the aesthetics of collage; growing from an initial more simplistic idea and adding more apparently random elements that turned out to work out together perfectly. We also wanted to give a ‘wink’ to some philosophers that theorized about the idea of collage emphasizing the aspect of this art medium as a rational search to find absurdity or an absurd way to express a rational thought.

Circular Culture invites you to the opening of