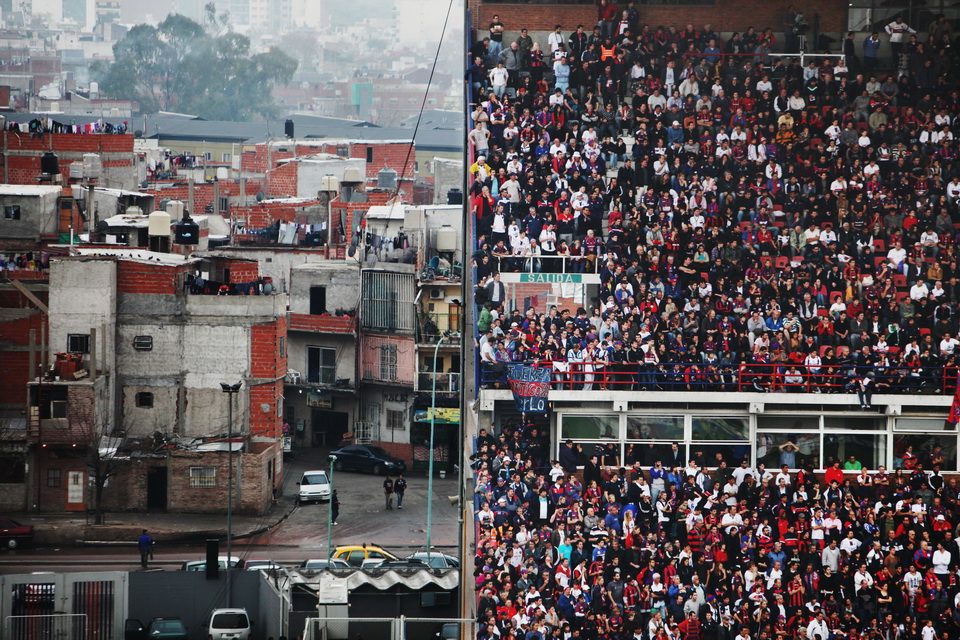 Argentina, 2010-2012. Hinchada is a Latin-American name of groups of football fans. Fans of this kind are trying to attend all home matches of their favorite team, have a season ticket and a special “certificate of fans.” Join fans in Argentina takes place at the national level. The most radical fans organize the so-called “barra bravas”. Their influence is so great that sometimes Barra bravas can dictate their terms to the coach team. In Europe, such groups are called “ultras”. Argentine torsida (alternate title of Hinchada) is considered one of the largest in the world. During football matches, the fans don’t stop sing not for a minute, and at the beginning of the match are satisfied with a theatrical performance, while welcoming the output of their favorite team on the field. The football match for the Argentinians it’s a real holyday. So, they have at leas one holyday per week. It’s a great tradition! In general, for me it’s obvious that on earth there is a universal medicine, and it can unite hundreds of such diverse groups of states, at least for a time. For me, this “drug” is the football. It is the universal world ́s language, clean and straightforward. Thanks to the football language people understand each other without words. Football unites and inspires people. Great players become idols for any person, regardless of his race, education, religion and nationality. In this story of Argentine fans I tried to touch this mysterious and very interesting phenomenon, the passion of football. Audience of this project can be a wide range of people, because football is interest to most of the world population. I continue to work on this project and consider it as one of the most important in my life. Over time, I would like to cover other countries, tournaments and championships. Also, I pay great attention to football in the daily life and to the cult of the great players.